As noted on Wikipedia, Aristotle is the first person credited with having written about the "wisdom of the crowd".  I'm going to rely pretty heavily on this article in the beginning of this post since it references a lot of what I've been thinking about.

it is possible that the many, though not individually good men, yet when they come together may be better, not individually but collectively, than those who are so, just as public dinners to which many contribute are better than those supplied at one man's cost

To paraphrase (as is my understanding): groups of people coming together, will have a better, more accurate estimate or conclusion to a "question" than a single individual will, and the larger the group, the more accurate the answer will be.

There was a contest in 1906 (and it's actually fairly common now) where, at a country fair, 800 people participated in a contest to guess the weight of an ox (which, according to the article and writing, was 1207 pounds).  The group average came to 1198 pounds (just 1% off!!!).

Ok, so this is one example, which keeps coming to mind, and it was with 800 people, guessing the weight of an ox (you also see people trying to guess how many jelly beans there are in a jar, and various other things).  So now, with the advent of the internet, we have the ability to make guessing games (and not games) like this global.  We can put up questions and debates and studies to the global community (and we have and do this already).  This is great and usually leads to extremely positive results.

So why even post about this?  Well, I can go on for days about the risks of social media (I have been for years, actually), and I will in further posts, but there are already some documentaries that echo (using this term for a reason), my thoughts pretty well (The Social Dilemma).  Anyway, here's the problem in a nutshell:

The human brain (again, as I see it, with no formal education on the subject) is much like a resonance chamber.  We are predisposed to like certain things, certain messages. There's an argument to be said about nature vs nurture. Those predispositions to certain types of activities, actions, communication styles, and personalities are what drive us in our relationships and lifestyles as we grow.  These can change over time, based on who we are exposed to, what level of exposure we have, and how we are taught (reinforcement of reaction to action).  I know this because if this were not true, things like "learning", "therapy, "brainwashing" or even prison "readjustment" would not be possible.  So, I guess let's hope the above is at least partially correct.

Also, just a quick thing I've seen lately and will post on separately: some people out there just want to see others fail.  They enjoy it and get pleasure out of it.  This is not necessarily because they are broken in any way or evil or morally bankrupt.  I'm not passing judgment here. I'm just stating something through what I have seen through their own admission on chat in various different channels and on different occasions (with different individuals).  Some people think the only way they can succeed is by forcing others to fail.  Sometimes, this can be for very valid reasons (gaming, for example, comes to mind - where player versus player game modes are prevalent, this mentality is core to the game style).  Some people enjoy causing arguments and verbal abuse (bullies, etc).  Some people love to help others, even at the expense of themselves.  They get pleasure seeing others succeed. This is the balance. This is also the danger in having a global community and we need to be completely aware that it exists and not everyone has your best interest in mind.

So, we are a resonance chamber, we like to hear things that we like to hear. Politics for a second: Fox News was LOVED by republicans when the message was on-brand for Trump. Then something happened during the 2020 election and part of Fox programming changed messaging and starting reporting similar messaging to that of CNN and NBC and other less on-brand networks for Trump supporters.  What was the result?  Well, during the MillionMAGAMarch, they were chanting "Fox sucks", and in an interview done by the Daily Show (yes, politically leaning very left, but the questions were hilariously neutral), they asked various supporters why they hated Fox and if they hated ALL of Fox News programming now, and guess what? No... they only hated the programming that was NOT expressing the messaging they wanted to hear.  Hannity and Tucker were A-OK in their book, but everyone else, nope.

So, it wasn't really the channel that was the problem, but the message.  Ok, why and how is this an issue with the ox? I'll get there.

Let's talk about social media and echo chambers.  I'm sure a lot of you have seen the Social Dilemma.  If you haven't, it's good.  My main takeaway is this (and this is something that has rung true for many years for me):

Humans have been around for thousands of years (tens of thousands in a community societal evolutionary state).  We have had language and long-distance communication for a very, very long time, but it took thousands of years to get there.  We were in caves, nomads, for thousands of years as well. We had to evolve to get to where we are today, as a society, mentally and physically.  The latter is important.  Our brains evolved.  We evolved to be able to live in community groups, to be able to interact, to react to one another, to socialize in small gatherings and groupings.  When we received letters or word from afar of something that caused great anger or concern, there was time for the chemicals in our brains to adjust and we could calm ourselves, discuss with others in a quorum, and react appropriately.  Yes, we had wars, we fought battles with other tribes and cities and nations.  But the key thing to note here is that communication and messaging took time, and the people, the citizens, the soldiers, the leaders, all took time to speak to each other and, for the most part, leveled off.

Then came the internet and in less than what, 20 years, we have a single, GLOBAL community. This has led to a few issues:

In the end, if the internet were similar to the advent of fire for humanity (which, I honestly believe it is akin to), Social media, without proper review and education, will be akin to the advent of nuclear weapons.

Interestingly enough, as I was looking for images to put in this post, I came across a lot of other material that reflects similar concerns. So, while I am writing this pretty much in my own bubble, it's clearly very similar to what others have lectured on in the past.  That lecture was from 2014.  I would love to see it updated given what happened this year.

I've also heard some say, well the media is really the problem here. Ok, I get it.  But the media has literally been around since people could communicate via written form - and more to the point, it was very much around for the last 100 years. So, I'm not a subscriber to the media, in general, being the issue.  It's not the media, in my opinion, it's the message and the medium.  The constant barrage, coupled with the term "news" being used in the wrong place ("news feed" - nope...), the false information being "up for debate" - nope... it's literally all of this, in a massive, massive scale, hitting millions of people from all angles (friends, online, tv, everywhere).  This is new, and it needs to be handled.

What do we do? I think we need to do a few things:

But honestly, this is probably best answered by the world as a whole ;)

Adding a link to a gist I'm going to be updating with different methods to block some annoying stuff like sponsored or promoted content and ads, where ad blockers seem to not work 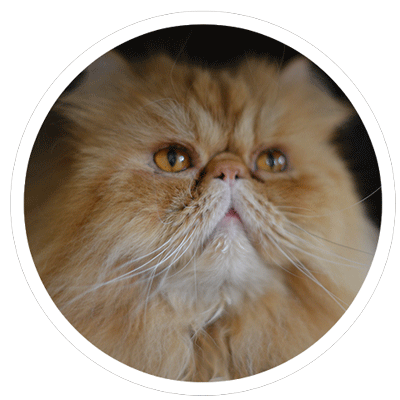